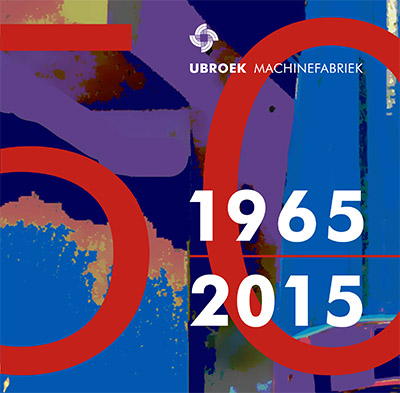 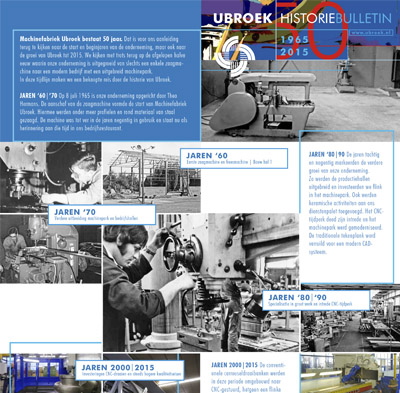 Ubroek exists almost 60 years now. It was the purchase of a sawing machine by Theo Hermans on 8 July 1965 that marked the founding of the company. This machine was used to carry out work including the cutting of profiles and round products from steel and was used well into the 1990s. It now stands in our company restaurant and serves as a reminder of that time. The Ubroek 1965-2015 photo album presents the history of Ubroek in images.

A timeline allows you to journey through Ubroek’s history. We look back proudly on more than half a century, a time during which our company grew from just a single sawing machine to a modern business with an extensive range of machinery.

In the early 1990s, John Hermans followed in his father’s footsteps. Under his management, Ubroek evolved to become a supplier of large and complex precision parts for cutting-edge customers in various sectors, including the oil and gas, energy and semiconductor industries.

Your specialist in metalworking